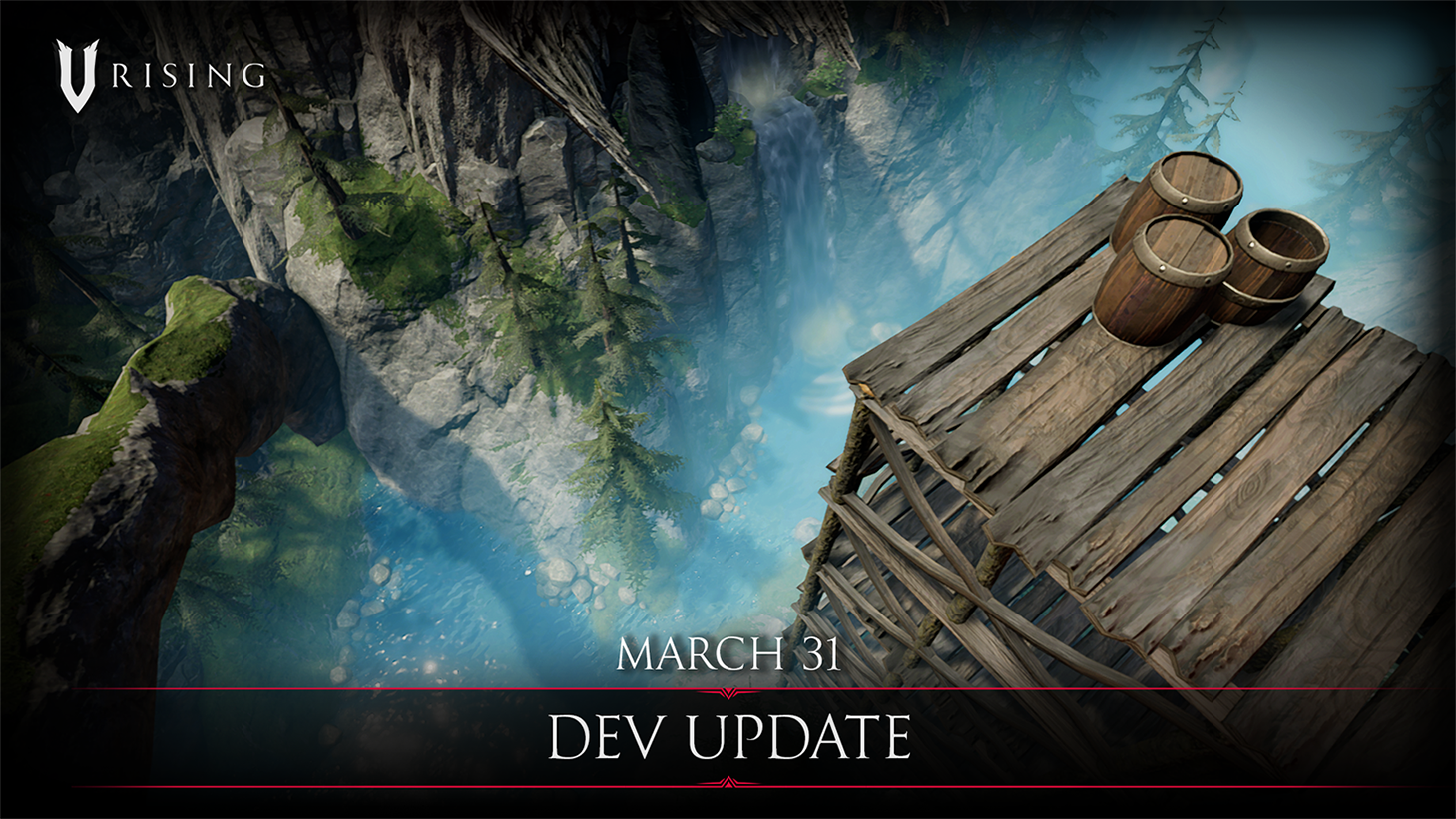 Today, faithful readers, we cast our eyes to the horizon and reveal the world map. For Early Access, we will let players explore four regions, and we could not be more excited to bring you the first real deep dive into Vardoran. From the blazing tops of the Silverlight Hills to the deepest, most sunken, and swallowing depths of the Cursed Forest. It’s finally time to stretch your sinuous wings and join us in a journey across the scarred and twisted lands in your preparations to awaken. 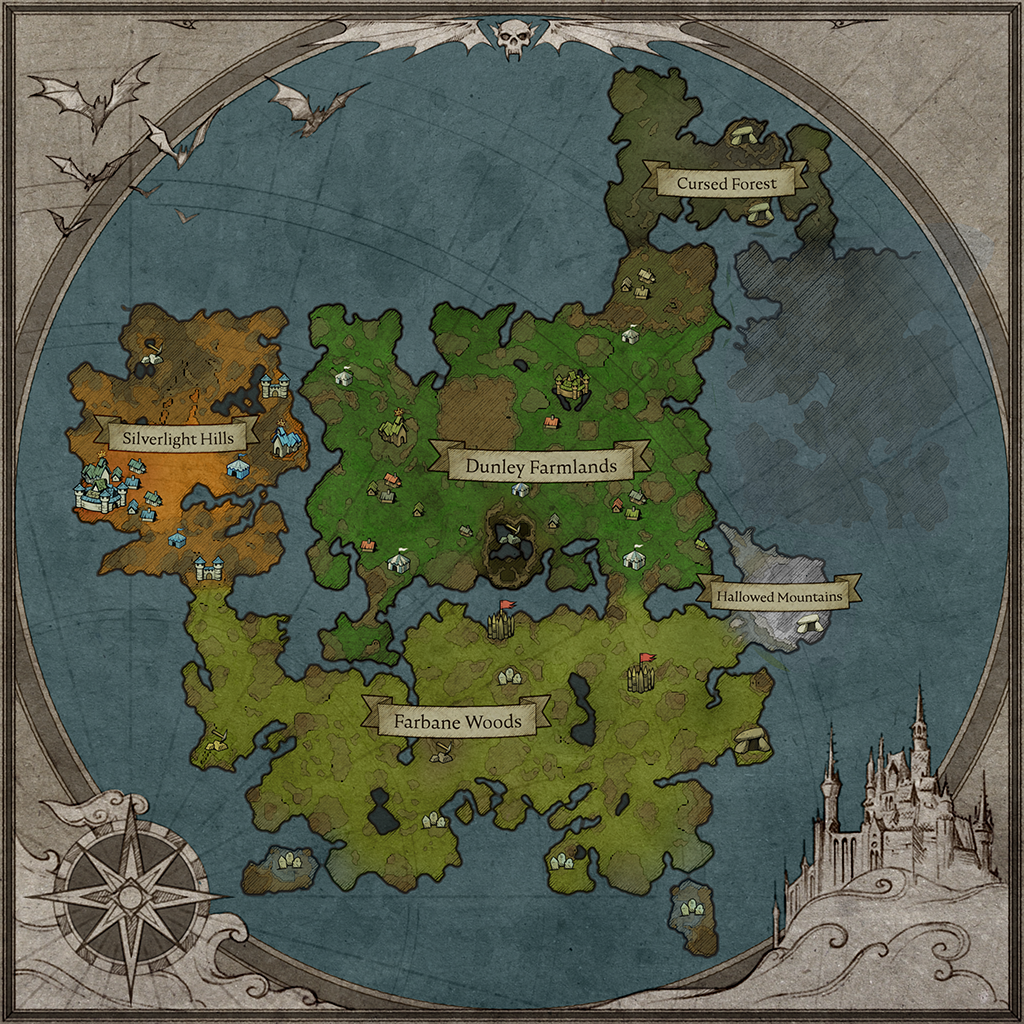 The continent of Vardoran.

V Rising is a living world, and every step of crafting it comes with a consideration for how we convey its gothic themes. The world needs to be wickedly indulgent in its mystery, a celebration of horror. This is a place that monsters call home, whether it be a reflection of man’s cruelty or its mirror in the hellish creations that stalk the shadows. Vardoran, like the vampire itself, must be as cruel and dangerous as it is enticing and beautiful.

As newly awoken vampires strike out to explore and conquer, it is our desire that details of the world itself give clues to its history. Though it isn’t a tale told, there are stories to be found in the way each place has been shaped by its inhabitants. As such, every corner of the world is wretched in its own unique way.

Let’s start at the beginning. 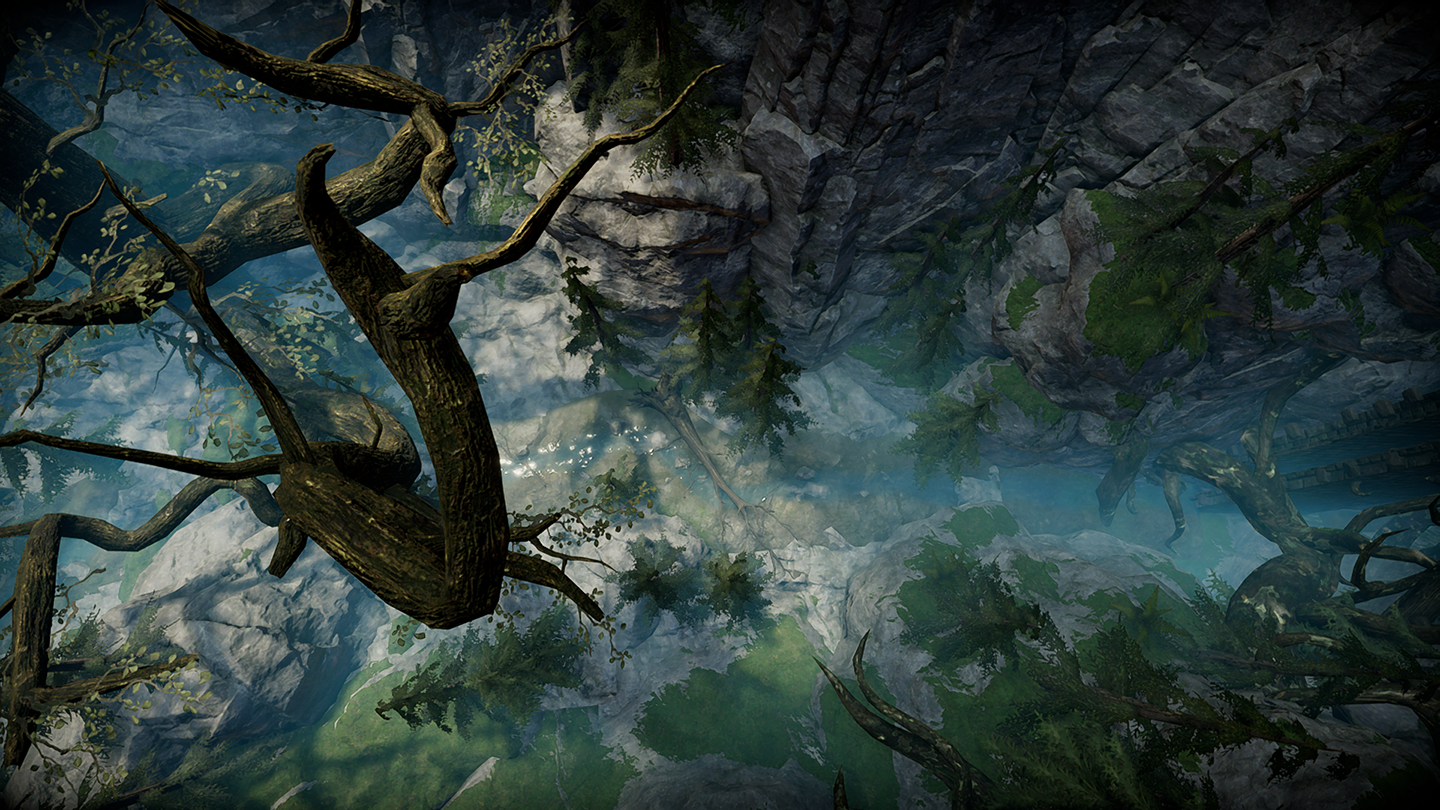 When the vampires of old were driven to near extinction by the Church of Luminance, the Farbane Woods was their final holdout. The land is littered with the ruins of vampire civilization, scattered with crumbling foundations of ancient strongholds from hundreds of years in the past. It’s here, in the sunken corners of southernmost Farbane, where our first vampires will awaken from their centuries-long slumber and begin to flex their claws.

Today Farbane is an untamed wilderness of towering trees and overgrowth, a rocky and unfriendly terrain unsuitable for proper farming. The woods are rife with hungry predators that stalk the bushes and ruins. The most stable structures are mausoleums of ancient vampire graveyards from the age of Dracula. The terrain is dotted with transient bandit camps and wooden strongholds that house the dregs of humankind. 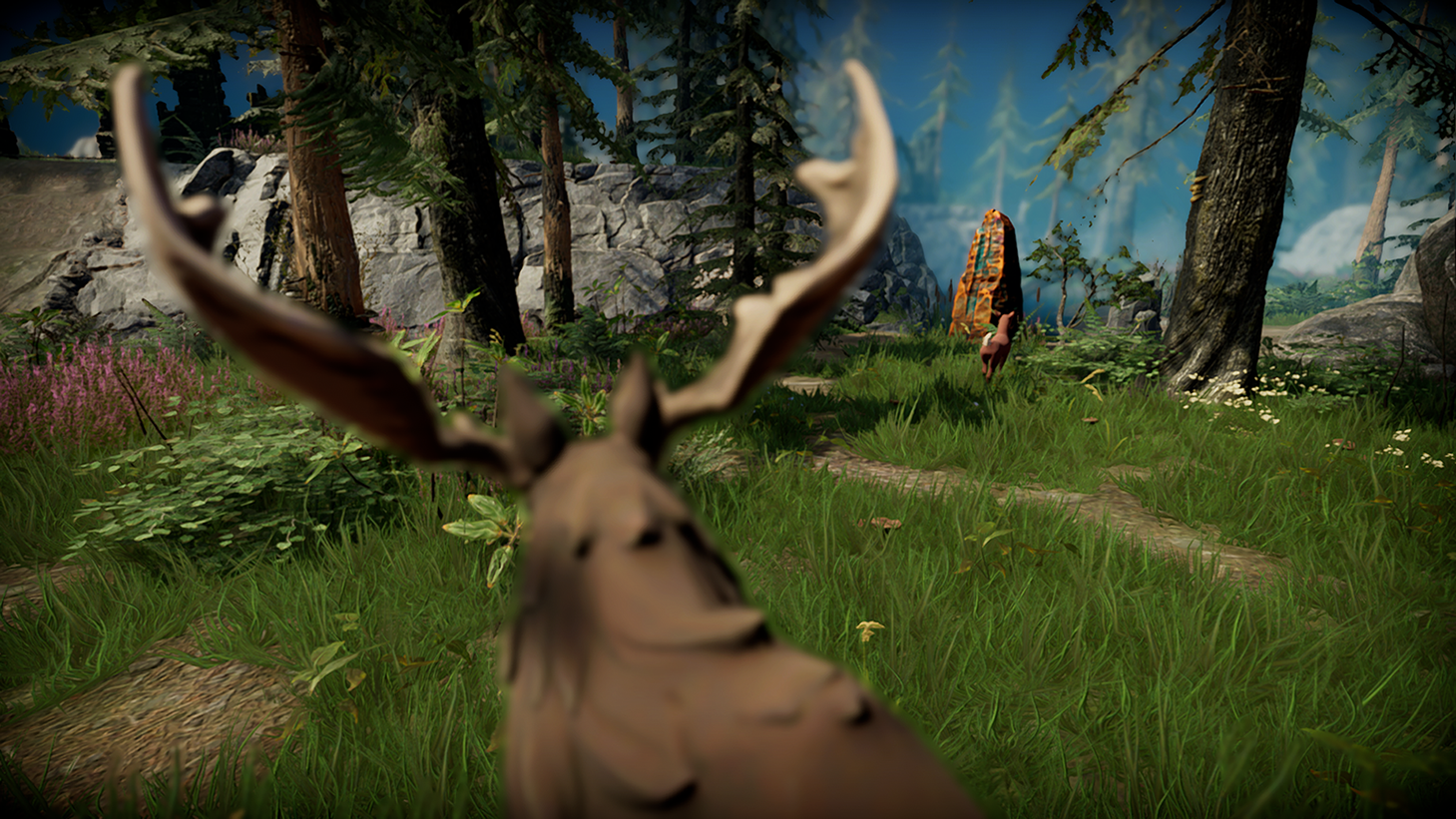 Be wary of the moose, as well.

Here, vampires will encounter their first proper human prey, the bandit faction. A loose collection of outlaws and outcasts from human society, the decay of the great barrier that once protected the vampiric crypts has allowed this band of murderous thieves to find a home here. These bandits survive almost exclusively on raiding, salvaging, and game hunting. As a result, their technology is relatively primitive compared to the constant advance of the great city of Brighthaven and its territories, making the bandits a fine first test for fledgling vampires to cut their teeth. 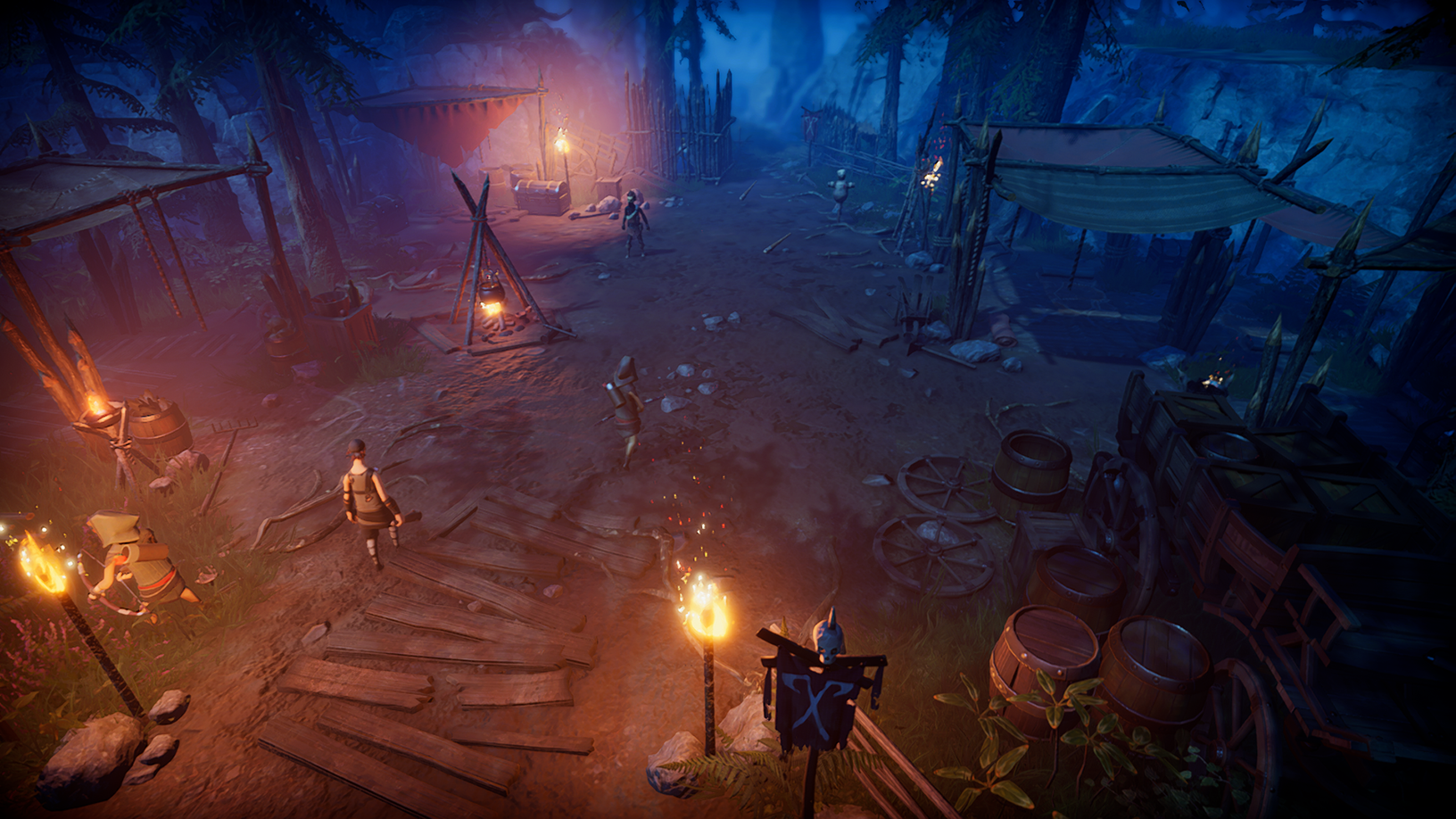 The finest thieves in Farbane. 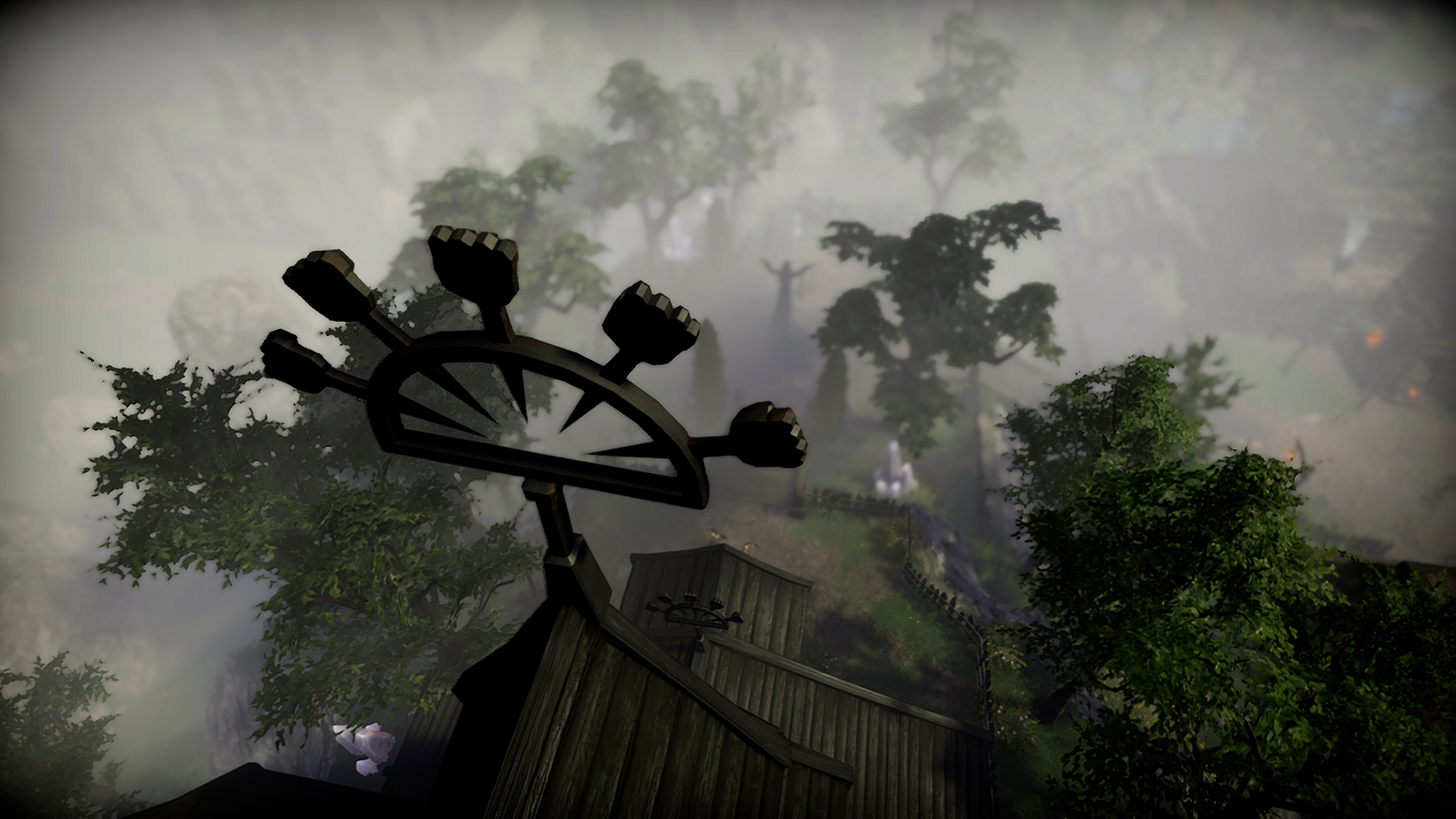 Dunley was once the shining crown of Dracula’s empire but has since crumbled to dust. The remnants made a fine place for human civilization to expand and settle. The ground was soaked in the blood of endless battles that drove humanity to the edge of extinction, soil fertilized with their brothers and sisters. The world bears fruit, vegetables and hosts the finest livestock on the continent. 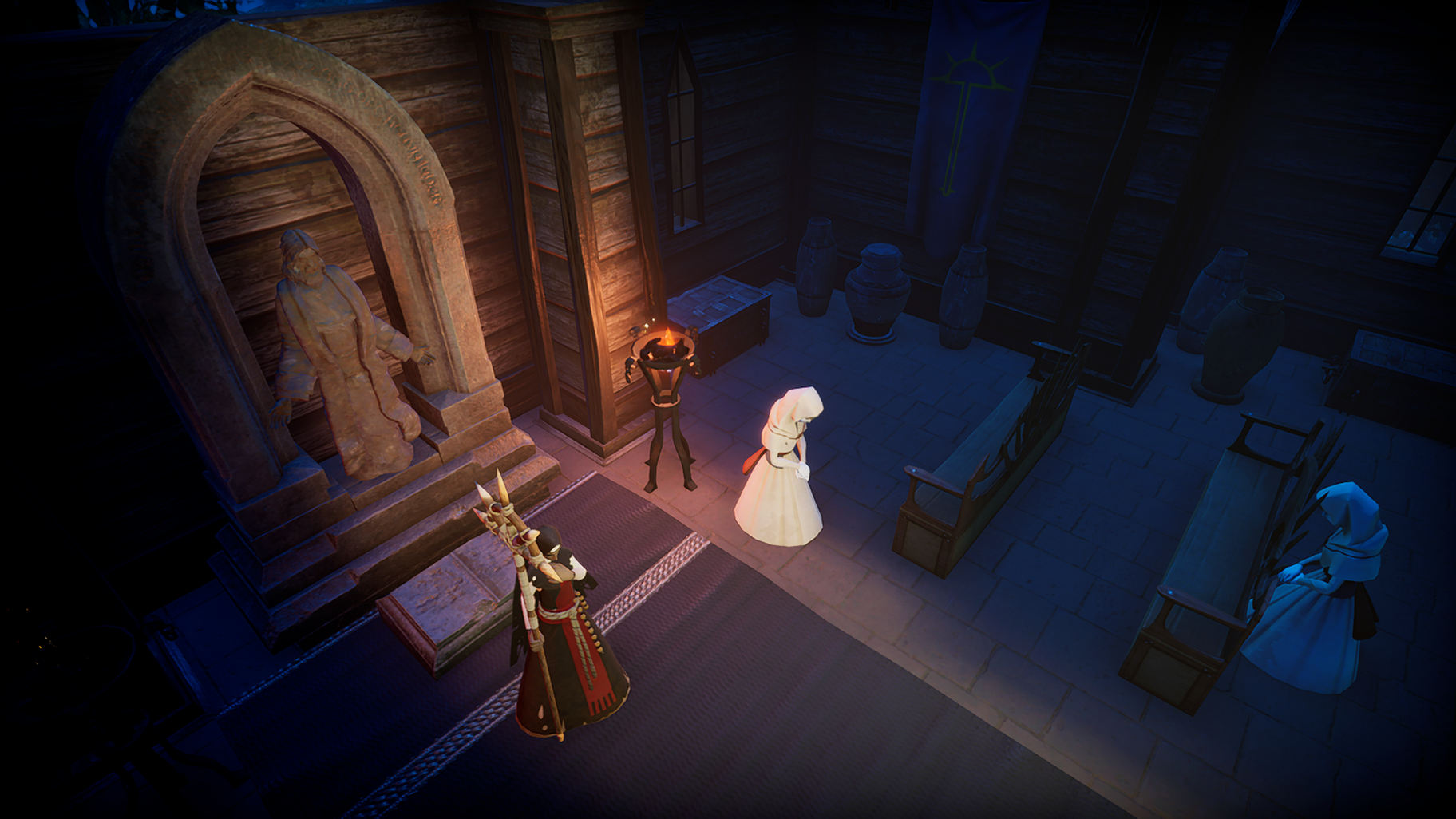 A quiet moment in the Dunley Monastery.

For the people of Dunley, the church’s victory over the vampire threat allowed them to take back their fields once again. Instead of having their blood drained from their throats, they pour it into their work farming in service of themselves. They’re simple folk with simple desires, and the aristocrats and powers within the Church of Luminance ensure that they stay that way. An ideal, ignorant buffer to absorb the attention of the monsters of Vardoran. 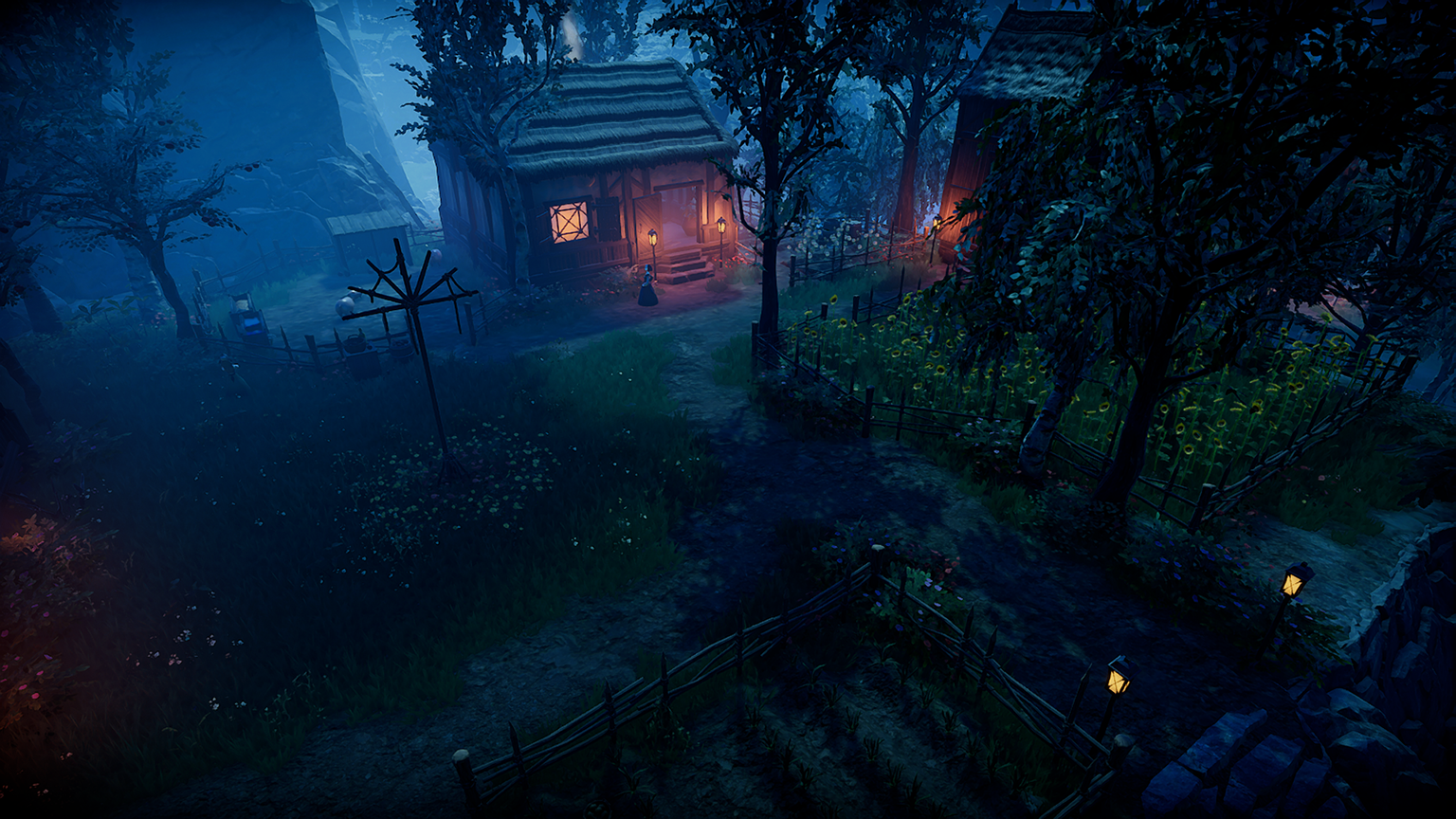 Humans should know better than to be out at this hour.

The idyllic fields might fool you into thinking Dracula’s influence has faded entirely from the land. However, fragments of his dark power still linger over the land like the eerie, lonely stillness of a foggy morning. Strange sounds rattle seemingly abandoned fields at night. Defenseless townspeople avoid the desolate paths, as everyone seems to know someone that’s gone mysteriously missing. Rattled villagers tell tales of finding macabre leavings decorating the road like bloodied overalls or half a dozen snapped off human fingers. The church and militia have worked together to enclose the local iron mine with a full regiment of soldiers and wooden barricades and have refused to explain why. 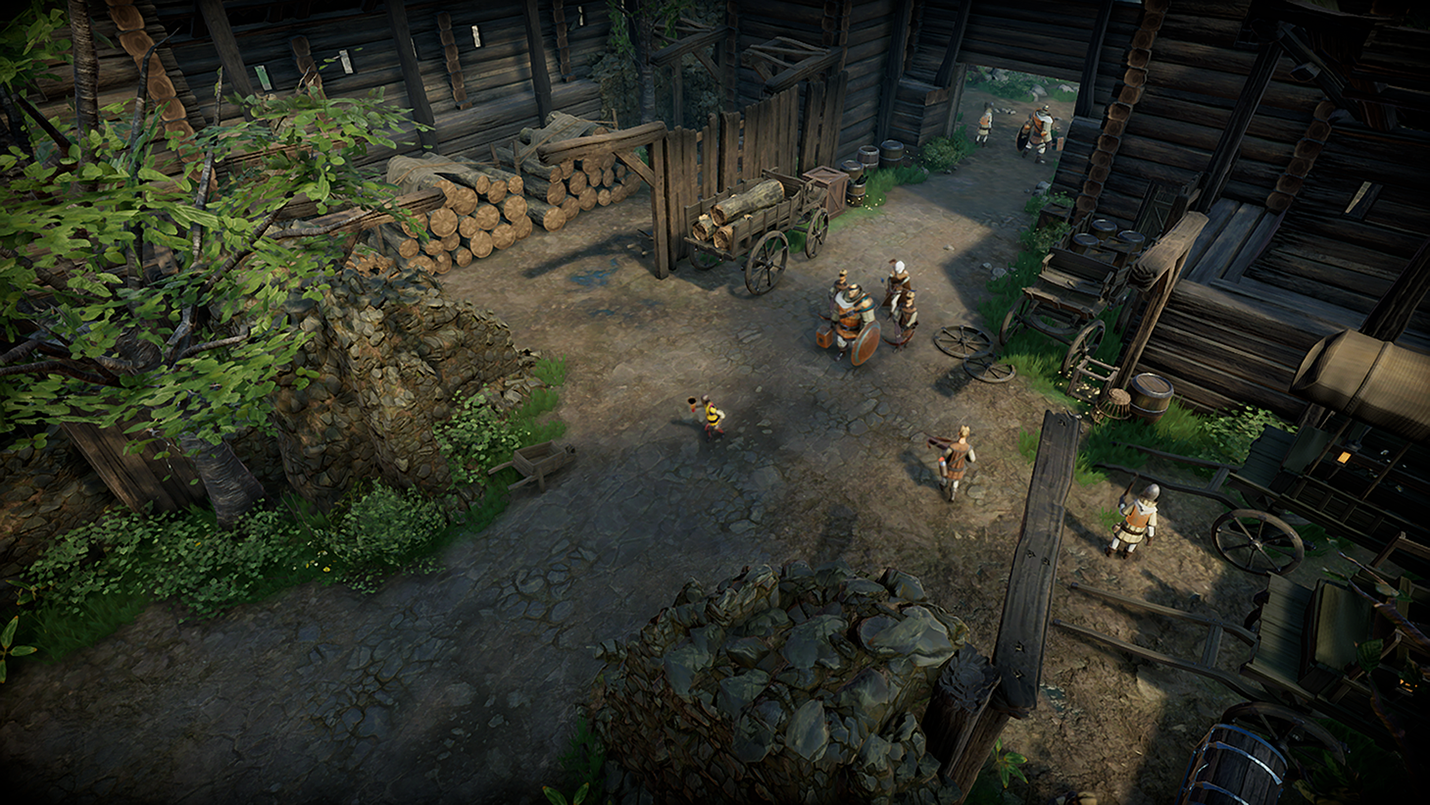 A militia stronghold manned and fortified.

The rugged militia awaits, more than willing to stand between any vampire and their towns’ tasty, defenseless villagers. The volunteers of the Militia are the bravest and most hearty common folk, ready to step up to defend their own. Led by the formidable Captain Octavian and under the watchful eye of the local monastery of the Church of Luminance, it will be no small feat to carve through their ranks and bend this to place to your will. It is, however, a necessary step on the road to ascension and a challenge worth undertaking. 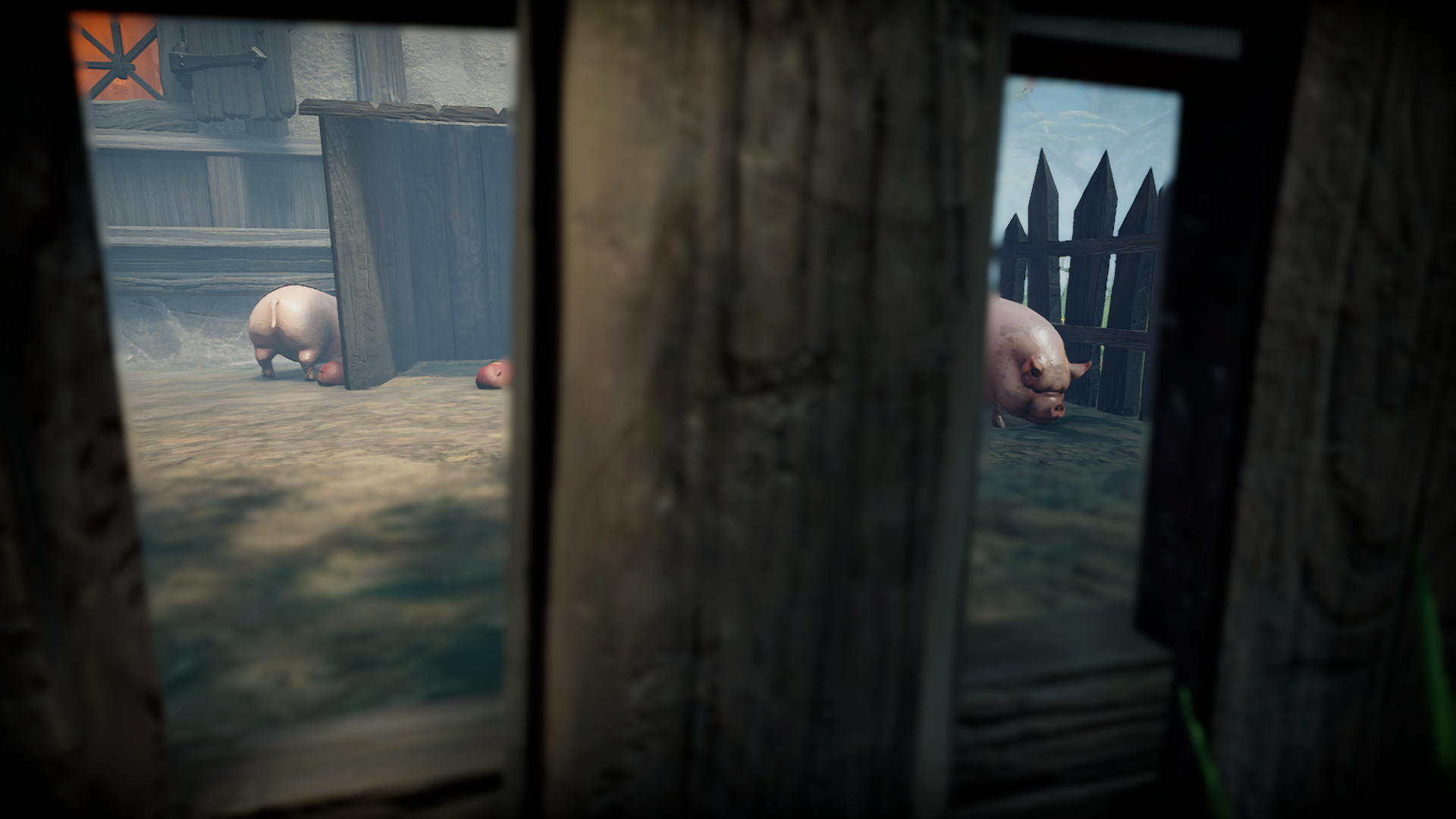 Some easier prey, if that’s your thing. 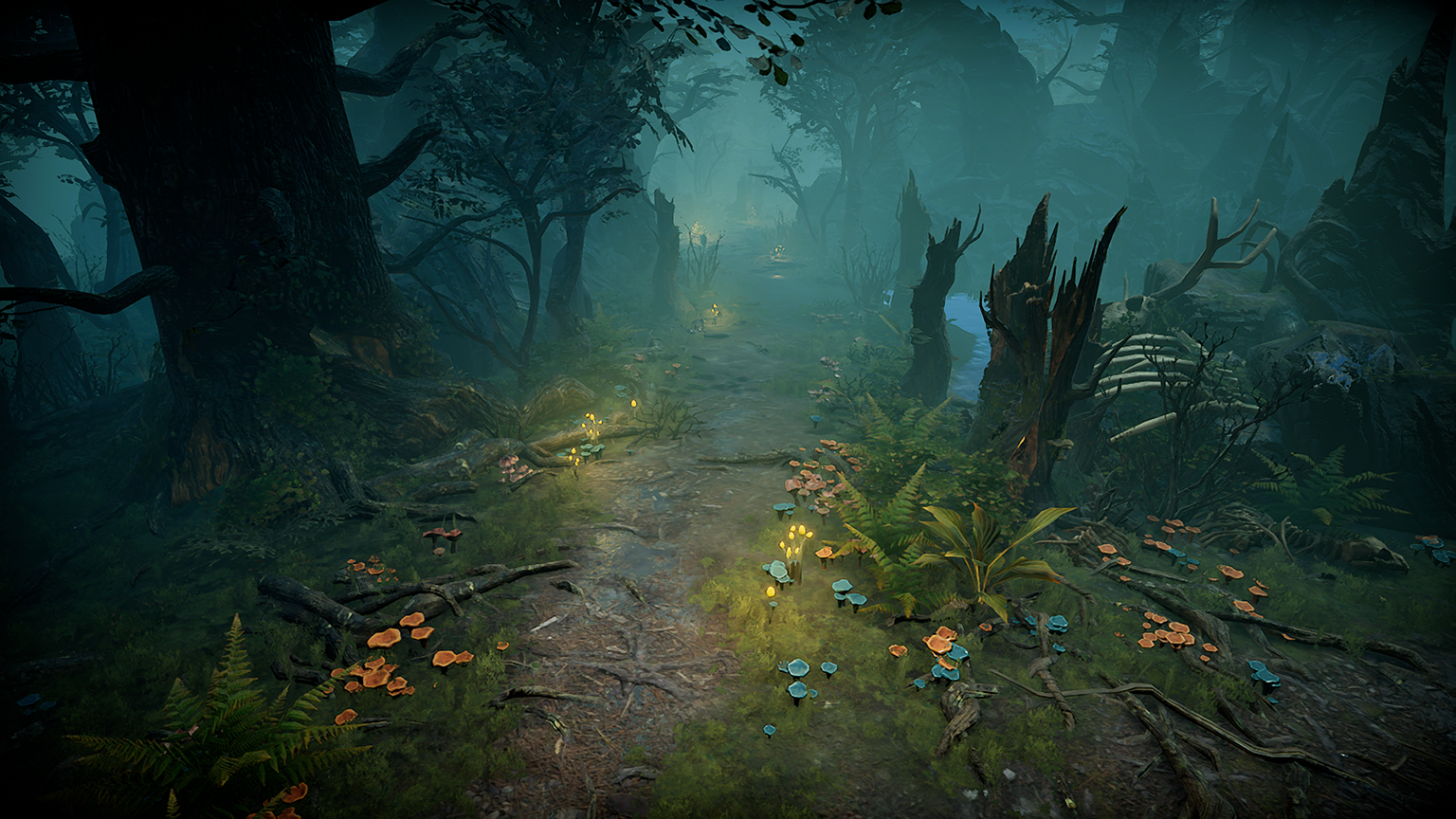 There’s only one safe way to enter the wretched northern lands, and ‘safe’ is a relative term. To find your way here, follow the roads to the northernmost parts of Dunley, where the path begins to get muddy, and the scent of rotting corpses should get you the rest of the way. The road down is welcoming, just like a python welcomes a rodent into its gullet: a wet, winding path down into choking depths.

It is said that the last of Dracula’s loyalists, fanatical to the point of worship, attempted to revive their emperor through dangerous and wretched rituals in the aftermath of his death. Whatever happened, no intelligent being survives to tell the tale, and what’s left in the aftermath is the horrible curse that inhabits this place. 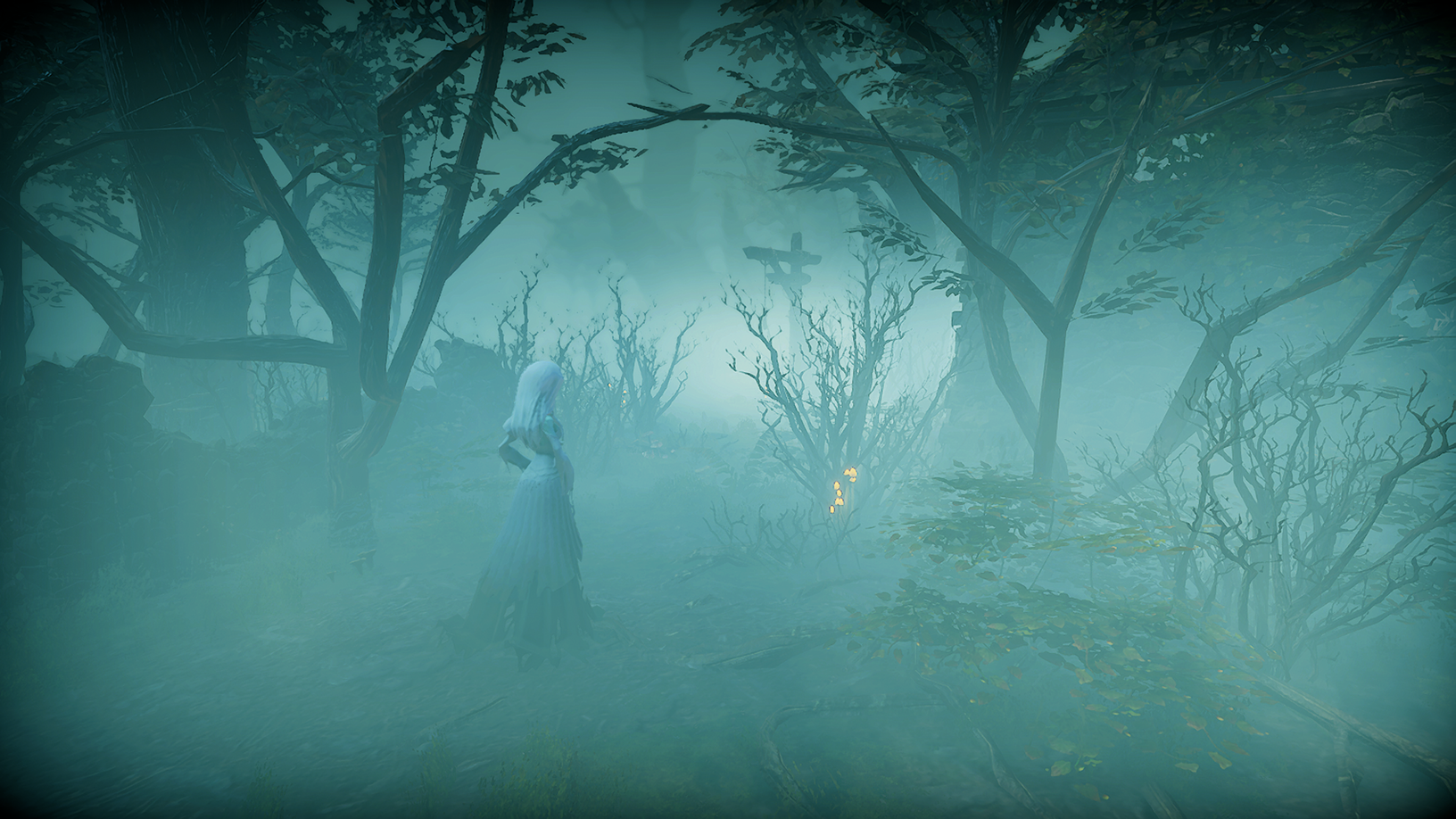 May she never find rest.

This is the Cursed Forest. Though once having the same spritely charm as the Farbane Woods, the once vibrant forest has long since been corrupted by forces so dire that the land itself has become malevolent.

In this desecrated place, the boundary between life and death is blurred. The shattered remains of civilization crawl with tortured spirits and walking, half-living corpses. Between the hooked and curling trees, wildlife sport glowing green eyes and wooden protrusions. Even the witches, ancient primal forces, have become darker, uglier reflections of themselves. 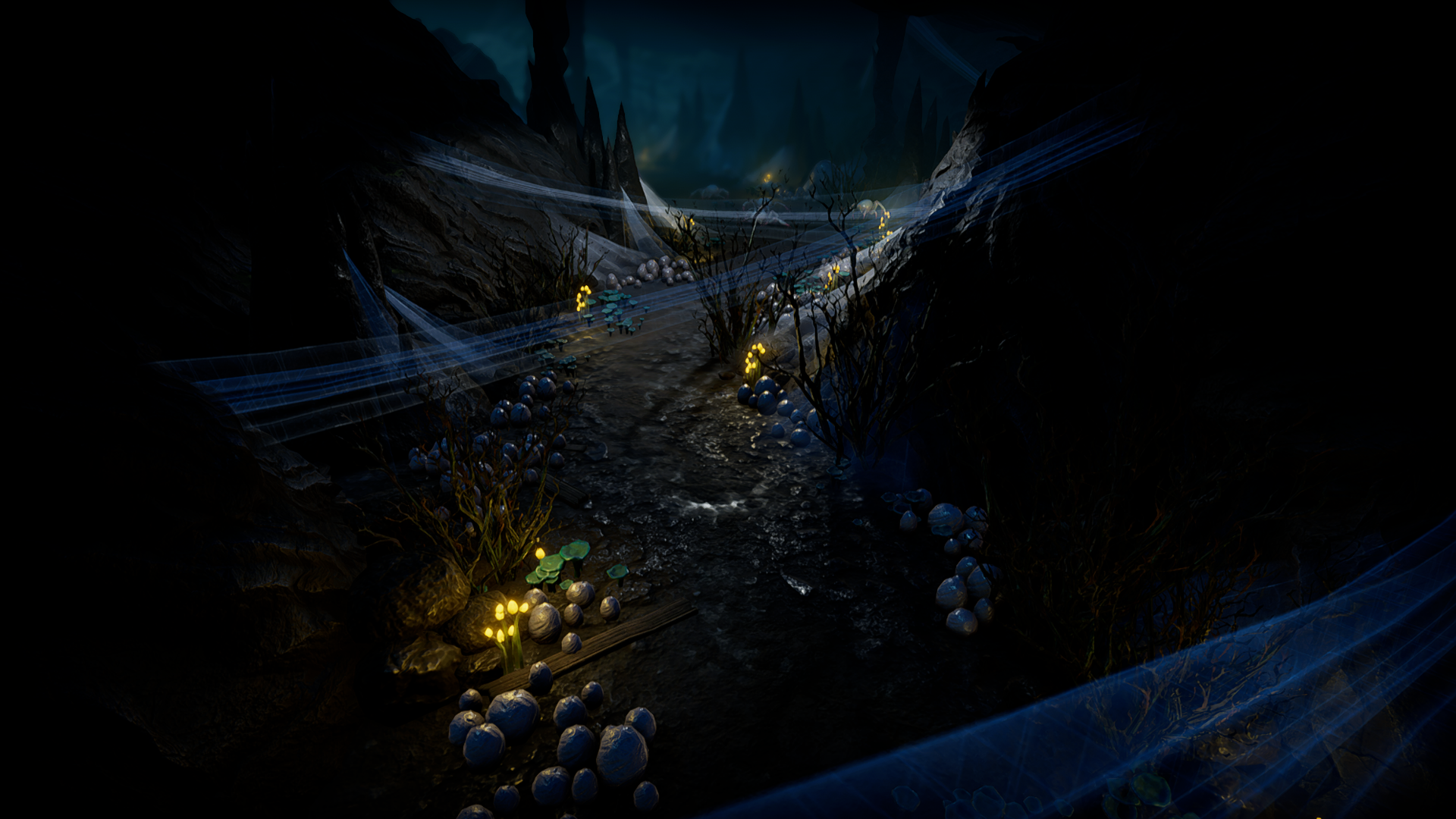 The land itself beckons a challenge, a place where vampires may stare into the face of actual, unrepentant evil. Perhaps their first opportunity to truly find an equal in their cruelty. 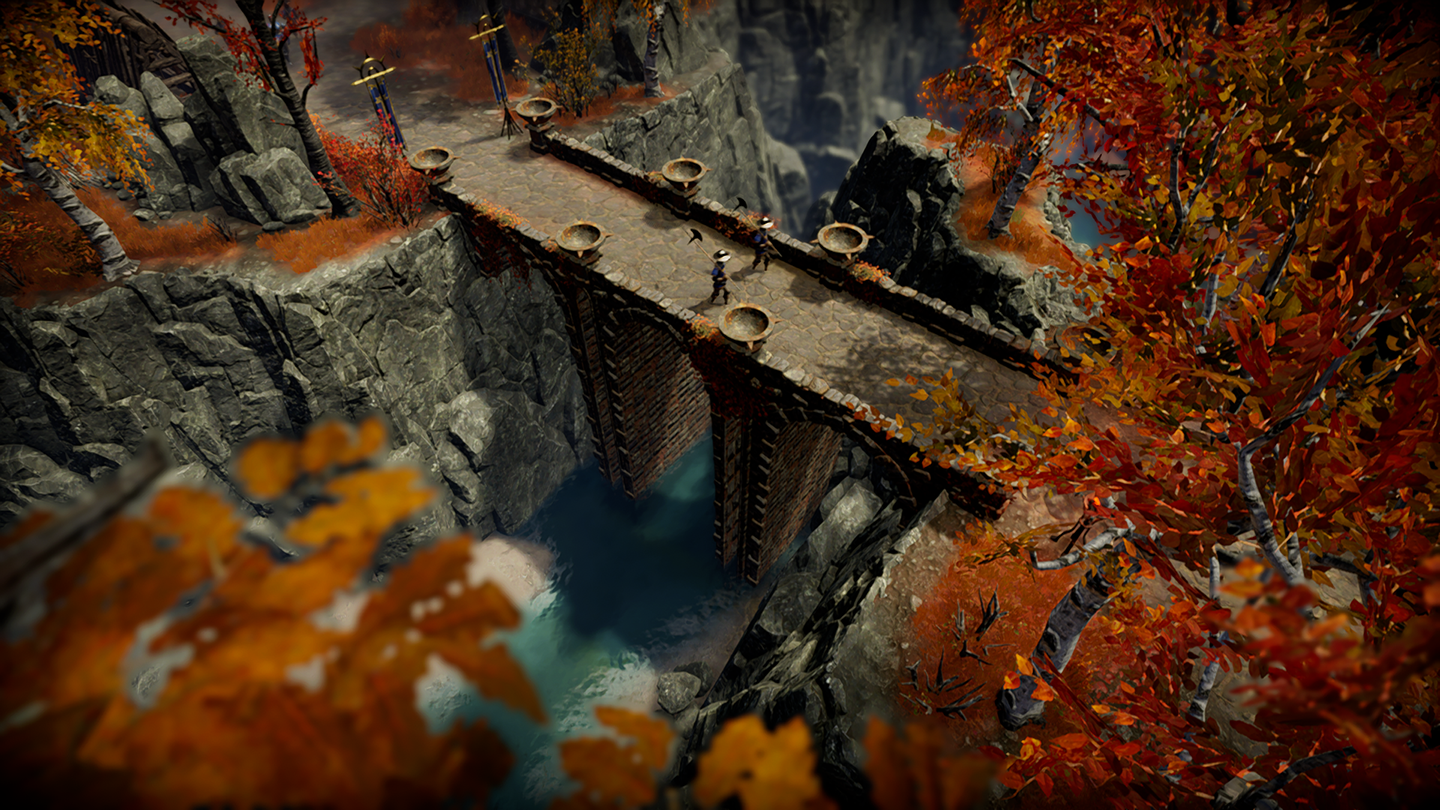 The seat of human civilization’s power, unquestioningly, is the lands of Silverlight Hills. The leaves, grass, and fauna alike are all ablaze with the vivid sunset colors of autumn. Between the sparkling western shores of Vardoran and the winding valleys and paths of this mountainous terrain rests the highest order of human civilization in all the land, the sprawling port city of Brighthaven and the home of the Church of Luminance.

The shores of Silverlight are where man first landed in Vardoran, a rocky valley rich in mineral resources. It is then appropriate that this place would serve as both the birth of human society and their final holdout against vampires in the age of Dracula. Its veins of silver ore, a material of such purity that it is toxic to vampire kind, gave the final resistance the ability to narrowly fend off the looming reach of Dracula’s empire. 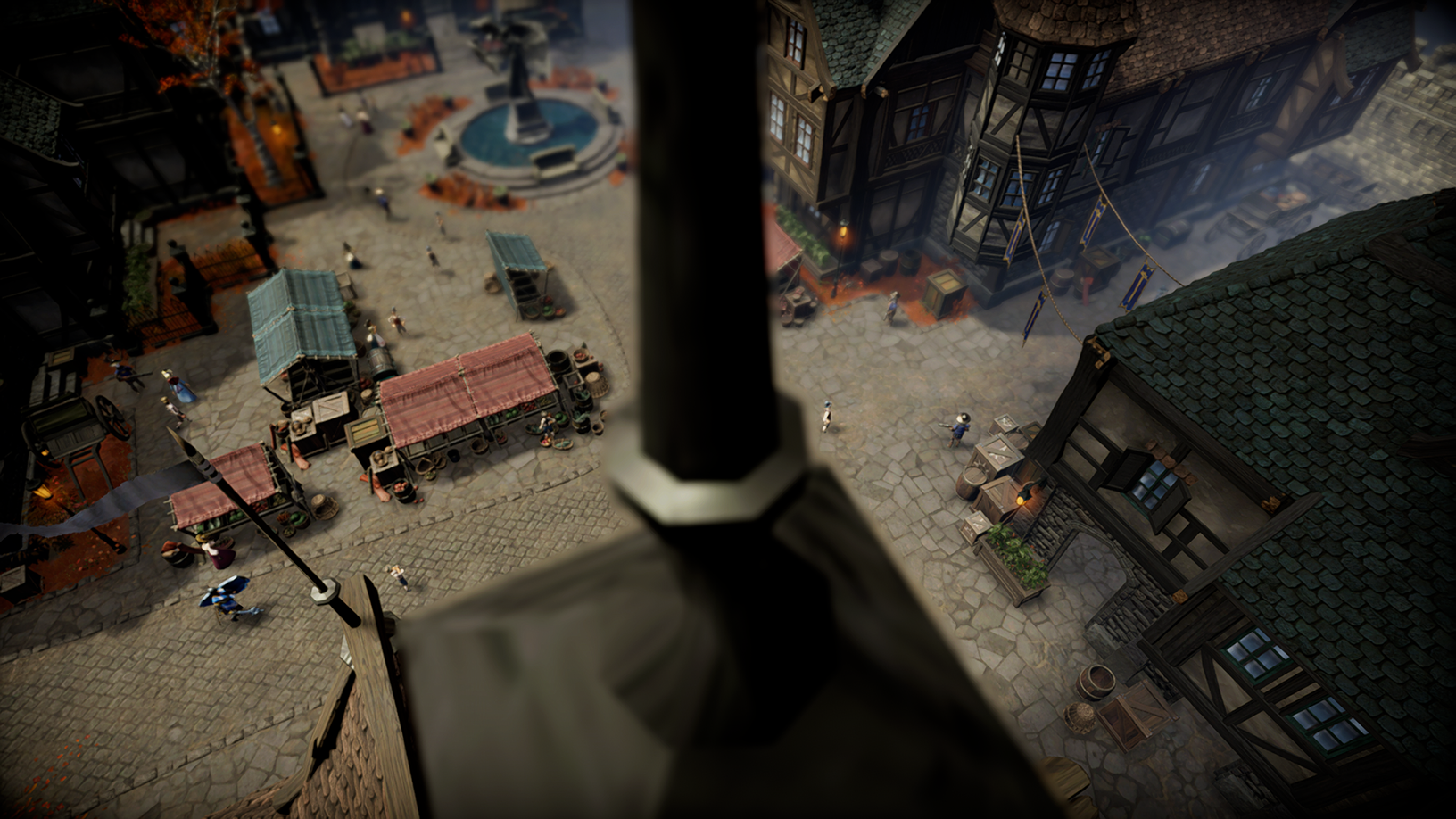 The safest place in Vardoran, they say.

This port city, a hub of trade and stability in the region, is a living and breathing ecosystem. The rich and powerful, those most closely tied to the Church of Luminance, make their homes here in the wealthier parts of the city. With long docks, high walls, and waving blue banners hanging from between towering buildings, one might be too distracted to notice the slums. In the slums reside the lowest of the subjects, those less fortunate, and the bent and the strained backbone of Brighthaven society. These are the subjugated masses of humankind, pushed into servitude and squalor– desperate enough, now, to be brought to the brink of violence. It’s not uncommon for an uppity gang to try their hand at taking power within the city by force, only to be struck down and exiled to Farbane. 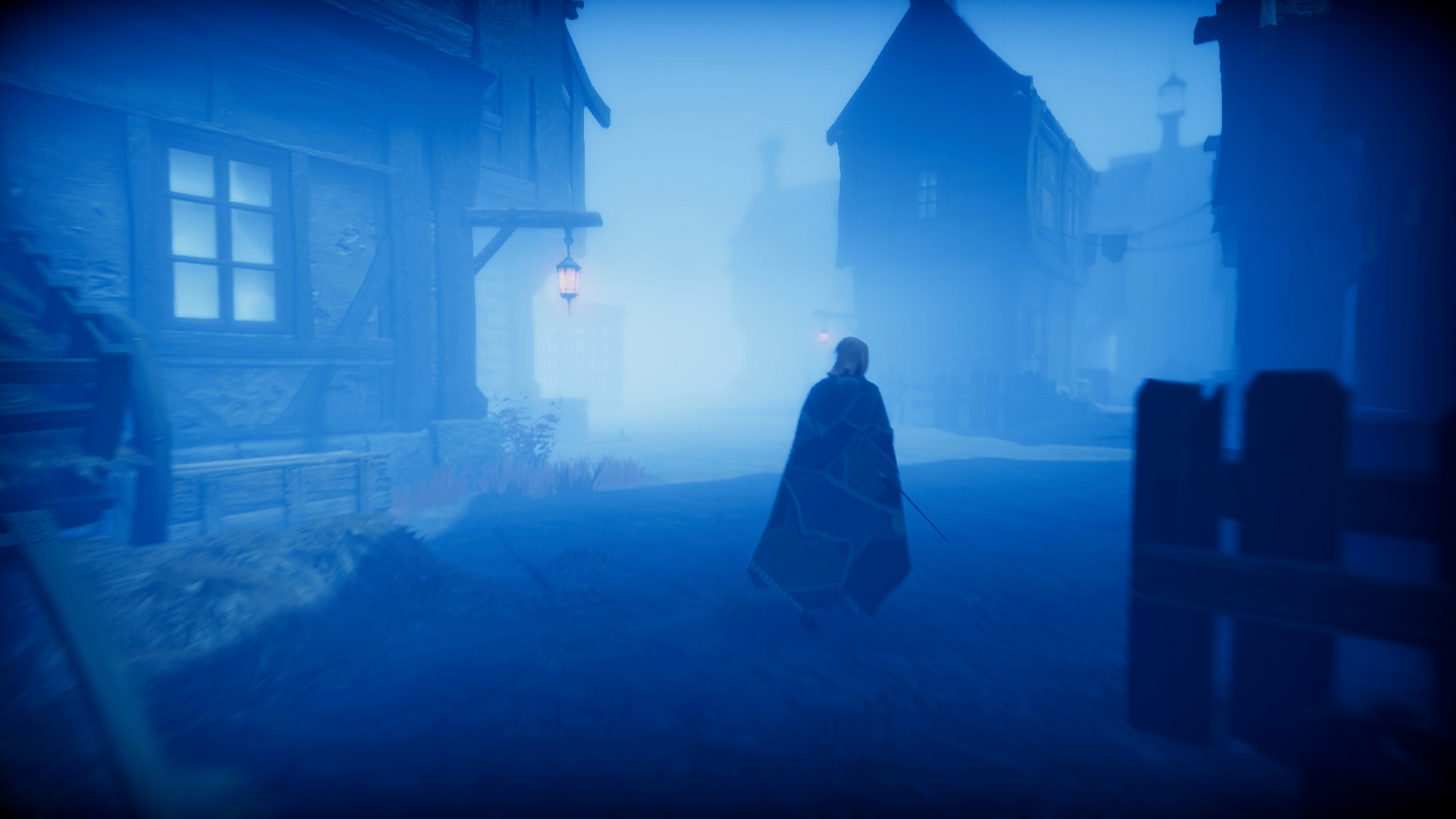 Keep your hand on your wallet—the Brighthaven slums.

Just outside of Brighthaven, on the highest hill, sits a shining beacon of the Light’s influence. The Fortress of Light. This sacred site is guarded by the church’s greatest champion, Solarus, who stands as a symbol of hope and perseverance in the name of the Church of Luminance. 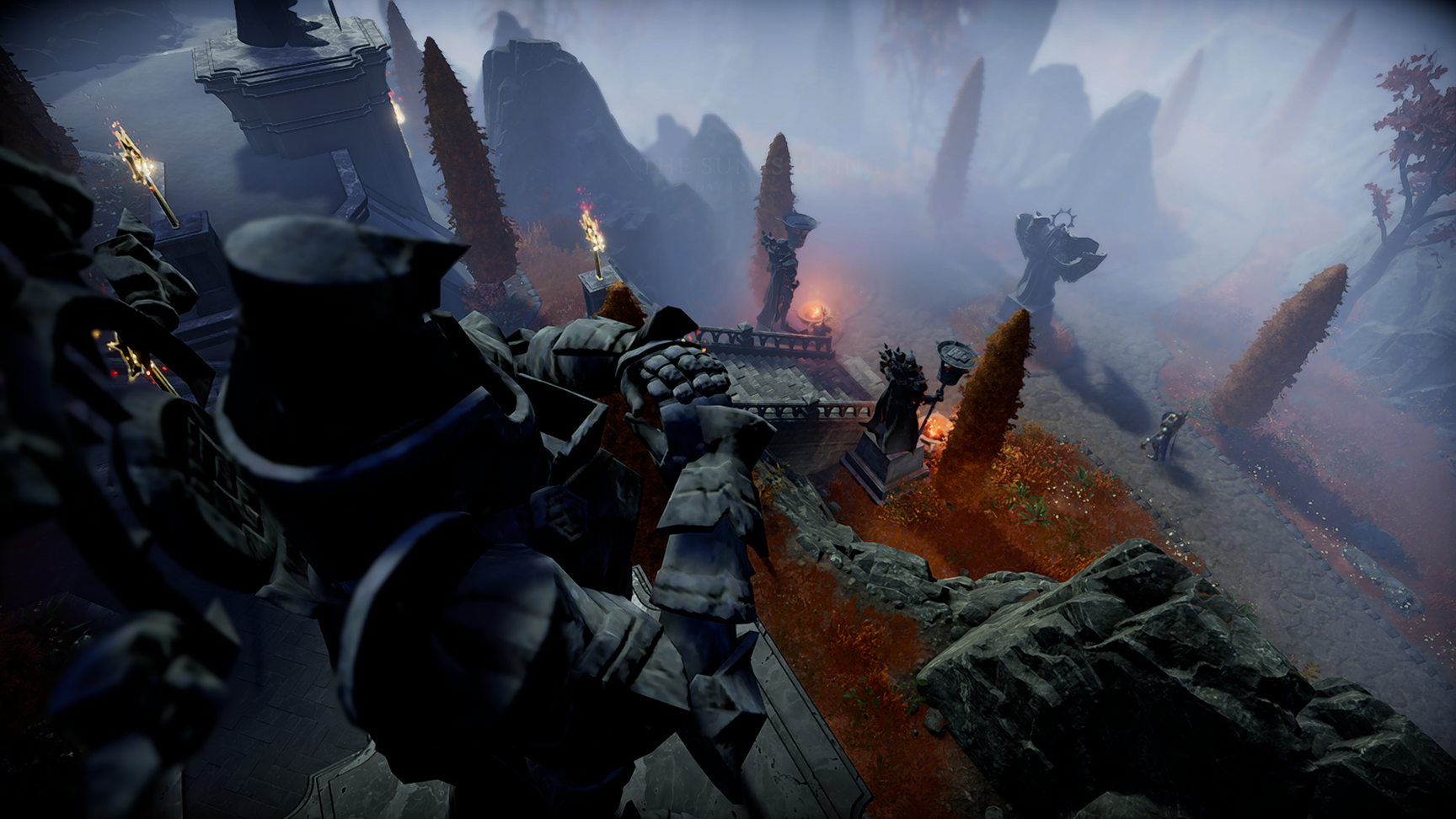 Climb the steps if you dare.

The Future of World Building

We hope you all enjoyed this first insight into Vardoran! We’ve put a lot of love into making exploration interesting, atmospheric, and diverse in V Rising, but our work isn’t done. Additional world enhancements will be something the team will focus more on during Early Access. We’ve got plenty of exciting ideas regarding what to do next, which could mean adding new places to explore, lore to discover, or improving and refining the current regions and inhabitants. You might even get the first hints of what’s to come if you visit that little area just northeast of Farbane. 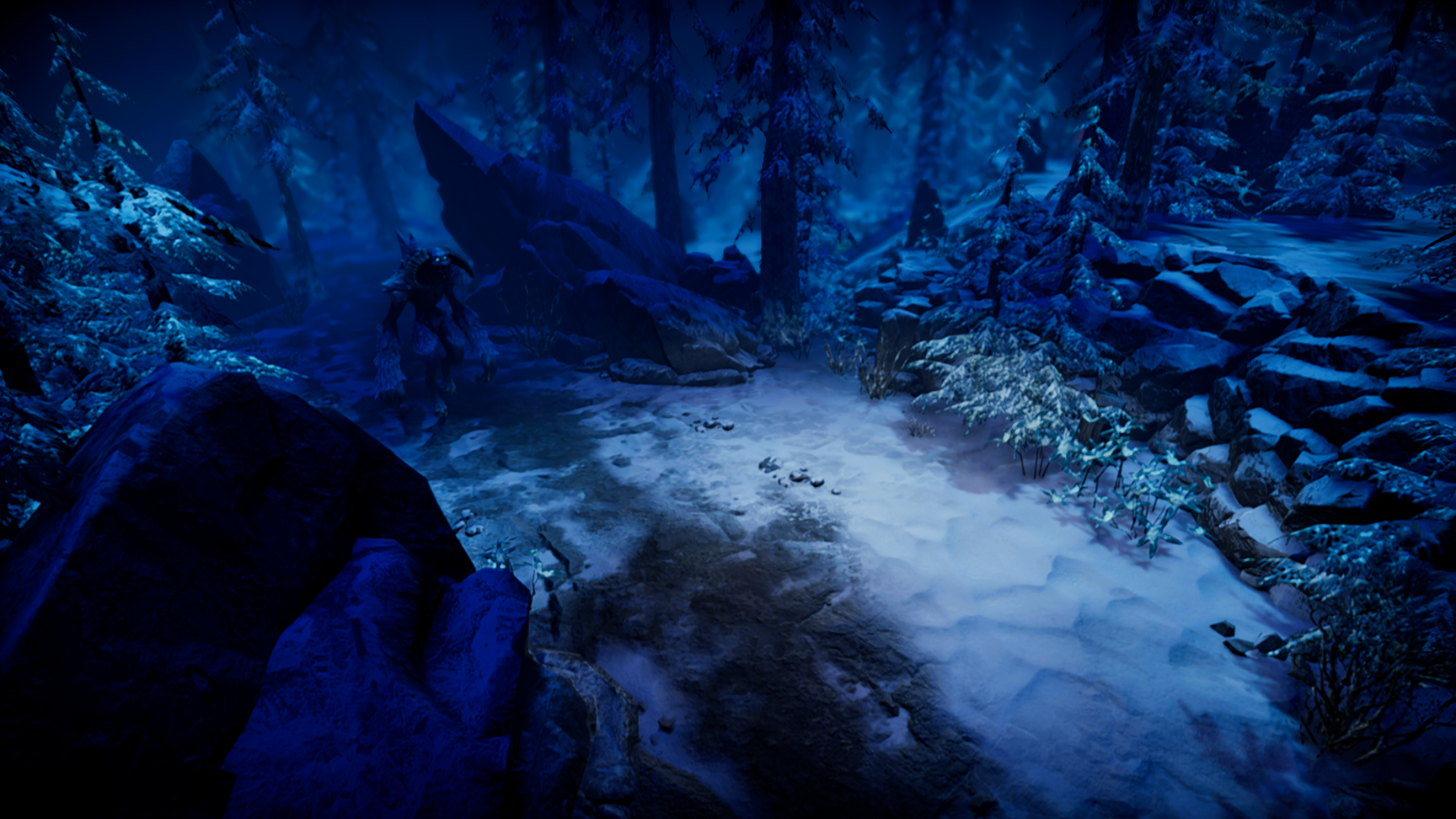 There’s still time to turn back if you want.

Thanks for reading, and don’t forget to check out our Horror Poster Art Contest! It’s a unique opportunity to play with a really fun theme and be among the first to get some V Rising merch, early access game keys, and a little bit of gaming gear as a bonus! If you post on socials, let us know so we can send some love your way.

The best way to keep up to date with V Rising news and satisfy your hunger for more tasty little tidbits of information on our game is to follow us on our socials linked below! If there’s a time to crack your coffins and start paying attention, it’s now. Things are only going to be getting more interesting.