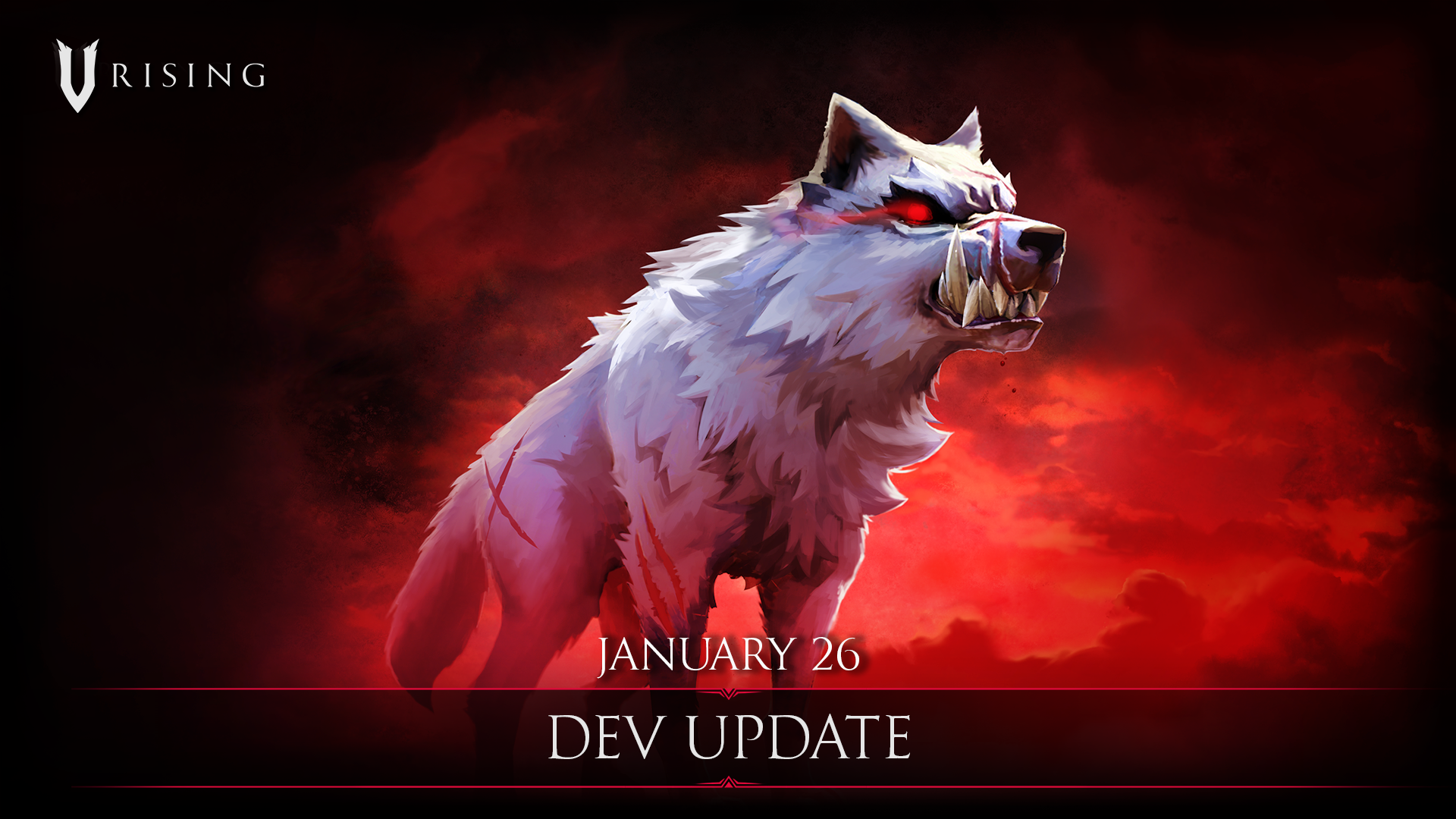 Greetings vampires! 2022 is upon us, and we emerge from our wintery crypts to bring news of our beta experience so far and future plans, but first and foremost, one of our most exciting game features… V Blood.

The Legacy of Dracula

When the Paladins of Light slew Dracula, it rained blood for seven days and seven nights. The gore-stained land ran red and black, humid with corruption and heavy with a truth that would soak into the earth itself. These rains would bring with them a lesson that would define the land of Vardoran. Power, evil, it cannot be undone.

The final vengeance of the vampire emperor drenched the wilderness, the streets, and the battlefields alike. The toxic rains, greasy and vile with dark magic, brought many to their end from raw exposure. Those that survived the onslaught were unknowingly both gifted and twisted, a curse that would warp their bloodlines forever. 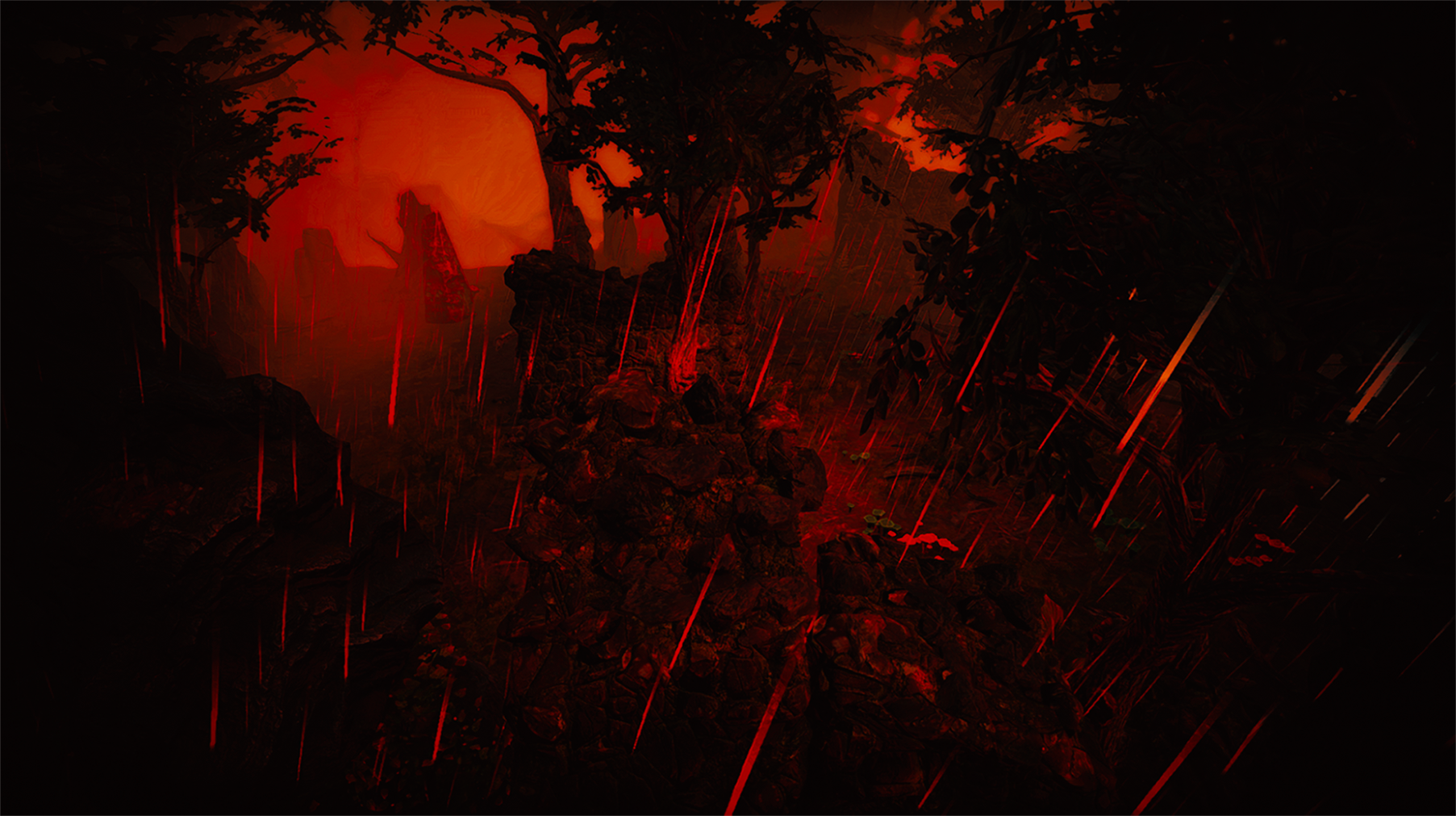 As hundreds of years passed and the world changed and evolved, so too did the descendants of these individuals. Natural and practiced gifts alike would develop more efficiently and more quickly, but so too did the blood push them to become greater. It fed their avarice, their pride, their hunger for more, and removed the upper limit of their development to allow them to continue this endless quest. The remnants of this age-old power exist today, and no matter how honorable, their bottomless hunger inevitably twists their pursuits to cruel and selfish ends.

This is Dracula’s legacy.

V Blood units are a cornerstone of the V Rising experience, truly terrifying specimens of both monsters and men that stalk the lands of Vardoran. They are the apex predators of the wilderness. They are the stalwart champions who will try to stand against the vampiric tide and challenge our rule. The pillars of society, leaders, and symbols of strength that dominate the civilized world.

So it’s only natural that they are the juiciest targets for the ambitious sanguisuge.

Think of a vampire, the themes of hunger, the greedy pursuit of lifeblood, and prestige. It only seemed fitting for us to pair these concepts together to form the progression system for a bunch of antagonistic bloodsuckers. In our mythology, we thought it pertinent to draw on concepts like ‘blood memory’: the idea that our histories are written and contained within our very D.N.A. While humans and beasts might not understand these ideas, it is only natural that vampires be fully aware of the nature of blood and all the knowledge that can be gleaned from it. 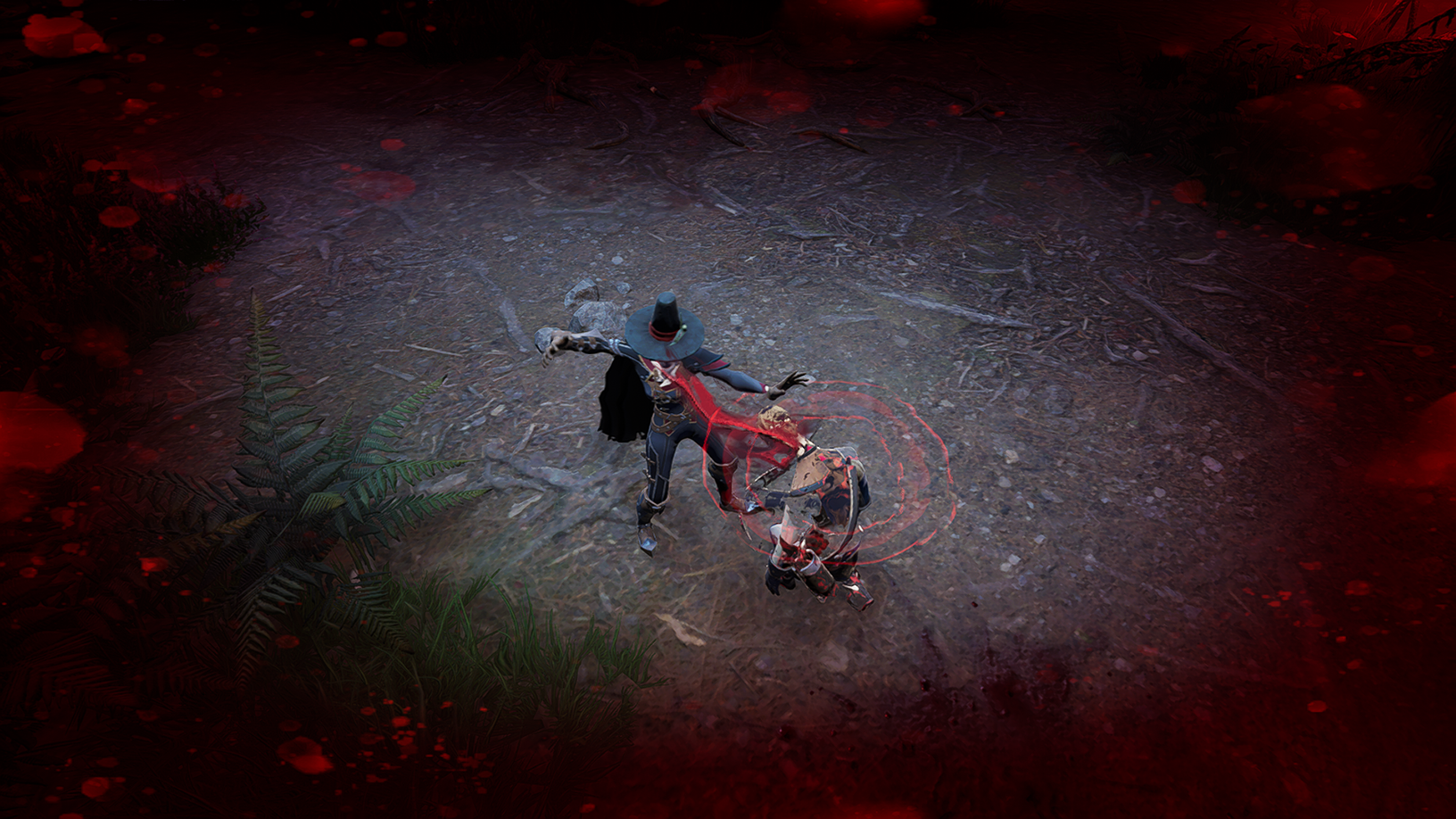 A vampire drawing the life essence from their victim.

V Blood units will be one primary avenue of progression and embody the glorious feeling of overcoming an obstacle and becoming that much greater for it. Defeat a powerful necromancer who possesses crippling, debilitating magic, and then take that magic for yourself. Conquer a mighty bear and devour her ursine essence. Drink deep of an impossibly gifted carpenter and absorb the secrets of their craft.

These encounters can happen all over the land of Vardoran. An expert artisan might be found in their forge wiling away on their great works, or a military leader might be located in the heart of their stronghold. Players can track these units using a new castle feature we’ve introduced that we’re calling the ‘Blood Altar.’ This workstation lets you set goals for yourself, giving the player a measure of guidance and letting them pick what type of unit they want to pursue to advance the kind of progression they’re most interested in at the time. 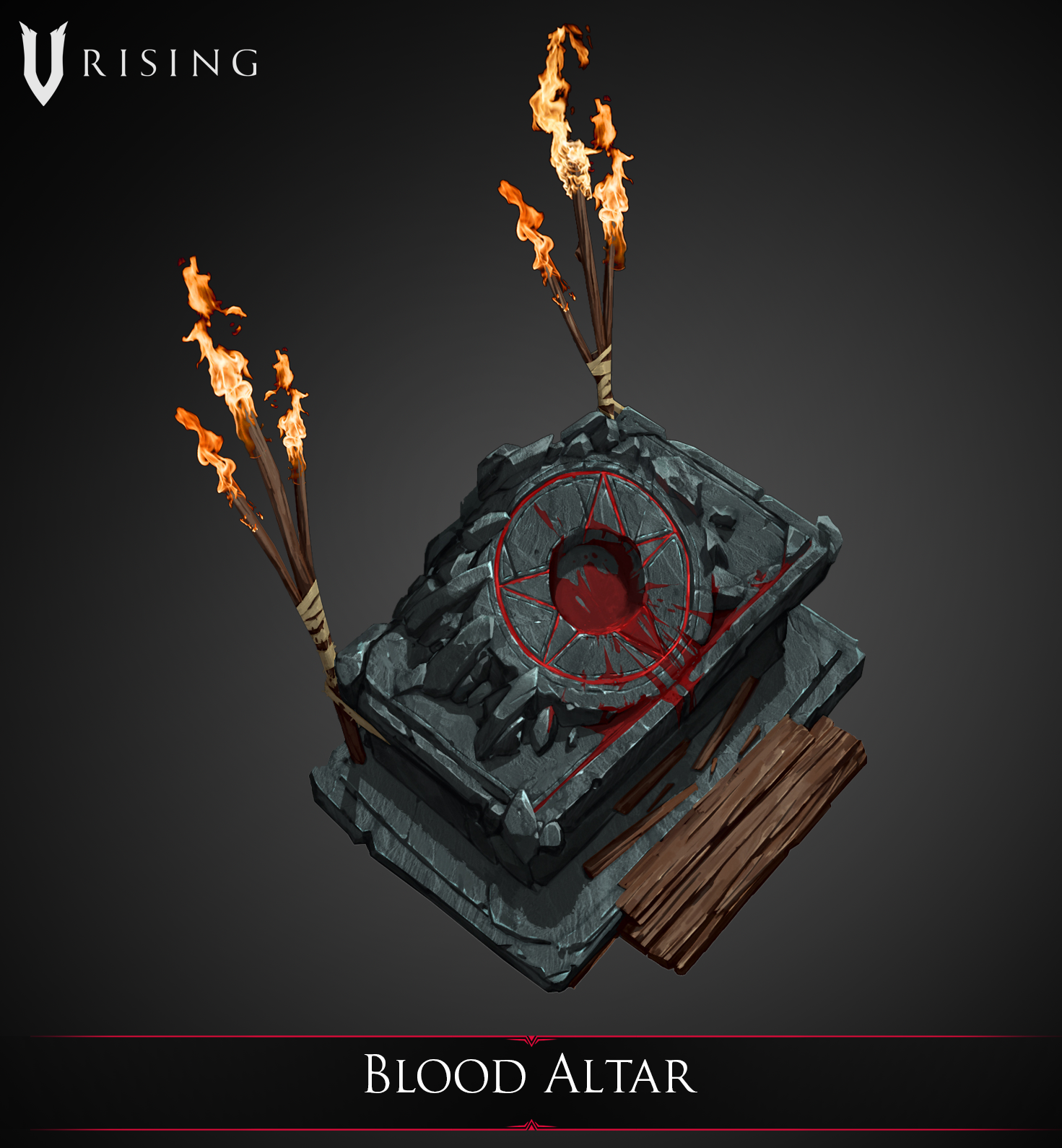 Concept art of the Blood Altar.

“Hunting for blood is essential for a vampire, so we wanted tracking down and defeating V Blood units to be a central part of the core loop.” Martin Lövgren, our Creative Director, says. “The blood altar guides the player to their prey but doesn’t dictate how or when they should pursue them. We feel this strikes a beautiful balance between guidance and player autonomy in a way that feels natural to the vampire experience.”

We understand now that there is a fundamental difference between those that possess V Blood and those that don’t, but how is that represented in the game? These creatures are extraordinary echoes of their peers. A mighty warrior might be unnaturally massive in stature, or a priest might literally glow with the holy magic they channel. A Wolf Alpha might become the embodiment of ferocity.

When creating these units, it’s crucial for us to represent how important they are to the world properly. Both in terms of lore and mechanics, these foes are supposed to be a step above their more common counterparts, and it’s vital that they have both UI indicators, like different colored names and unique designs that deliver on their magnificence. V Blood empowers, and when you slay a unit with V Blood and take their strength for your own, it should be after taking down a sufficiently badass-looking enemy.

The Wolf Alpha, the terror of Farbane.

We checked in with our art director Johan Wahlbäck (who you will remember from earlier blogs), about how the art team goes about designing and implementing the visual style of V Blood units. He feels we need to find the necessary balance between grounding the unit in the qualities that relate it to its less gifted kin while also giving them a unique flair. Many of these units are paragons of their kind, and the Church of Luminance wouldn’t exactly be keen on their champions exhibiting vampiric qualities. So they don’t have to reflect a vampiric appearance but instead, convey status appropriate to their station and circumstances.

So how do we deliver on their similarities and differences at the same time? Johan mentions the benefits of using similar animation rigs as something that has the winning combination of giving the appropriate visual cues to tie these units together while also being efficient for work. Keeping a familiar silhouette gives subtle but powerful visual indicators that the player will quickly relate V Blood units to their lesser counterparts. Then, other visual identifiers can be used to set it apart. A combination of unique assets, color, and value tweaking, as well as spectacular new abilities, visual, and sound effects can quickly communicate the difference between their more common counterparts and let you know you’re dealing with something a grade above the usual.

“Our V Blood units are the seasoning that breaks up familiar flavors and adds a unique twist to the experience. They stand out and make the player prove that they understand how to survive and conquer in an unforgiving world.”

We had our first preliminary beta test during December, one we consider to be a success! We ran a relatively small test, but something bigger than we were capable of doing internally to get a better reading on what our servers are capable of handling and get some first impressions from some fresh eyes on the game. It’s always beneficial to gain additional perspectives, whether it’s bringing new thoughts and ideas that we may have missed, or even if it’s just to confirm our conclusions on how to better the game.

We ran the test over a couple of weeks during limited sessions with people we’d hand-picked from across our various media platforms and signups. We wanted testers with strong communication skills and an active enough interest in the game that we could count on them to enthusiastically participate. We also made sure to select over a wide range of apparent interests, so that we could include as many perspectives as possible! 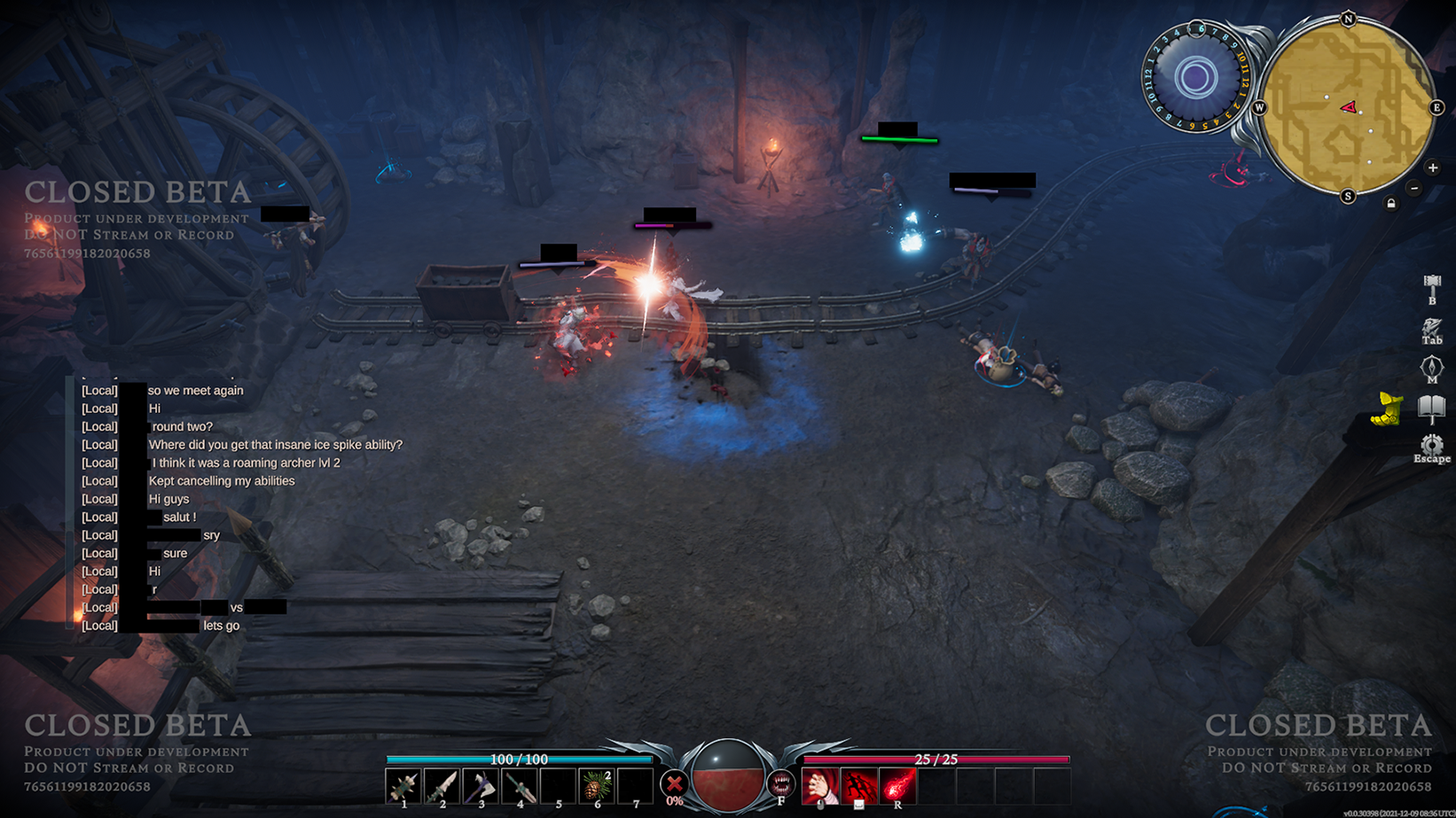 Names redacted for the protection of our tester’s identities.

Overall the tests were interesting and informative to witness. As a studio we spent time in the office discord observing players together, a few of us streaming as we snuck around to observe the players in our stealthy developer mode. 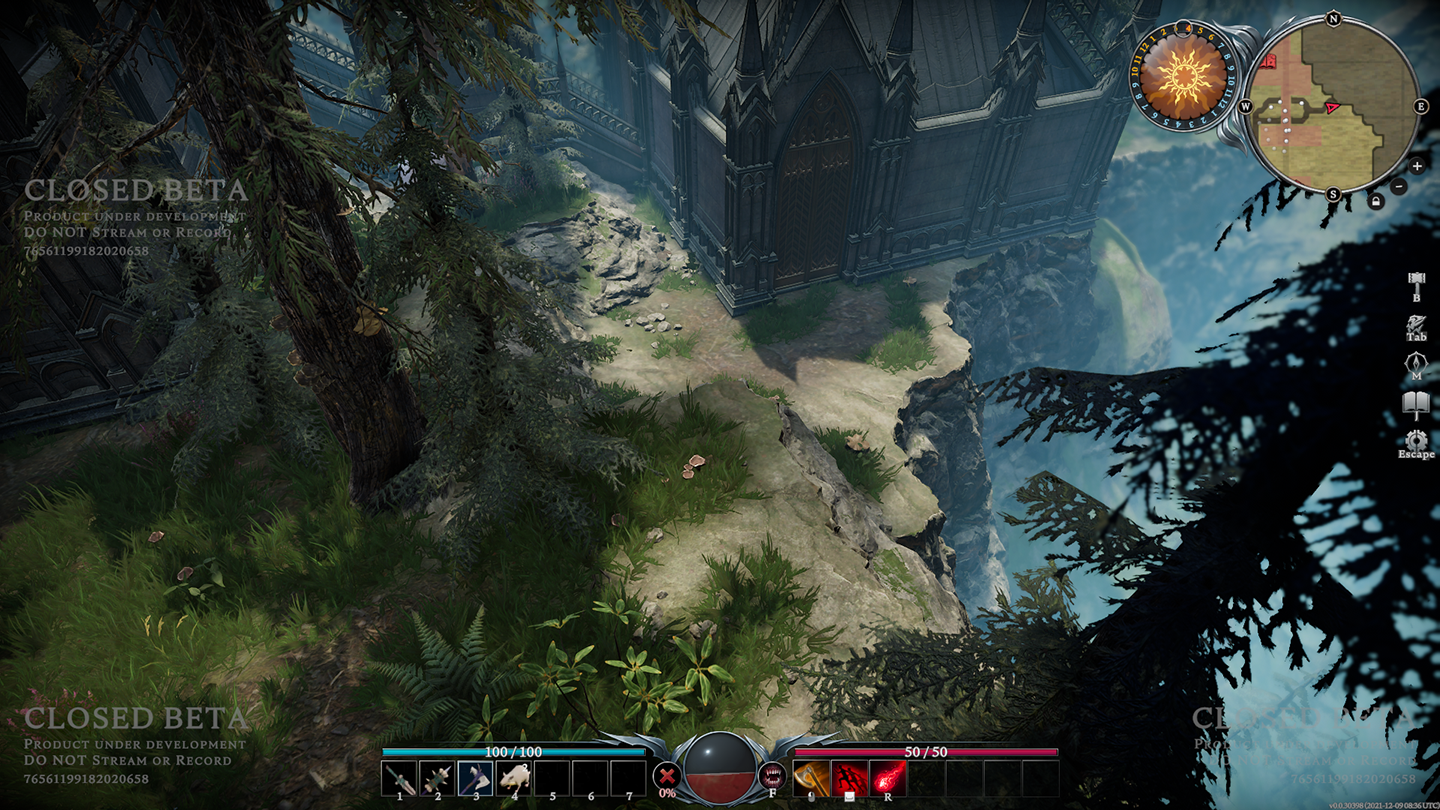 A player built castle from the Preliminary Beta. 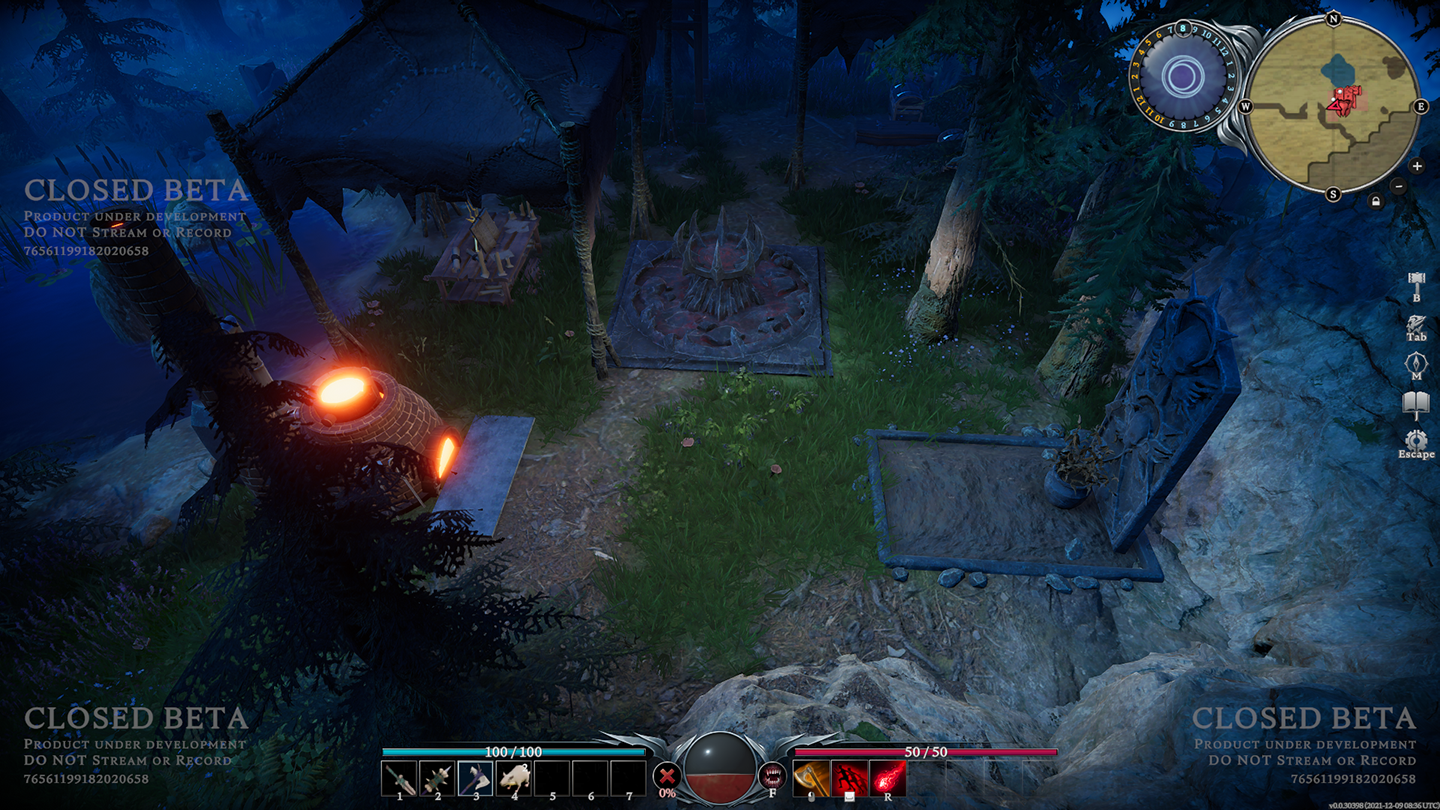 Some of our testers had… truly fascinating building instincts.

Our observations combined with all the creative and critical feedback we collected has led to, what we believe, will be massive improvements to the game, as well as a richer experience and test environment when we get to let even more of you try it towards the end of the first quarter of this year!

You didn’t read that incorrectly, by the way! Those that have been excitedly following us on our social media platforms likely already know, but we’re going to be opening up our Official Closed Beta Test towards the end of this quarter. Make sure to sign up for the beta and be sure to keep an eye on our socials for more news you may have missed out on! You can find all of our social media links down below.